The U10B2 Orono Westonka Warriors competed in the tightly matched Skating With the Wolves tournament in Cottage Grove this weekend.  Scoring within the first minute of their first game, they continued a commanding lead throughout their matchup against Eau Claire.  With a strong offensive push, and a hat trick by Charlotte Falk, the Warriors walked away with a 12-1 win.  Just before 9pm the puck dropped for their second match up against a tough Waconia team.  After a scoreless first period, it was obvious the entire team had to play their best to walk away with a win.  Gabriella Jumppanen got an unassisted goal from a face off in the second period to put the warriors in the lead. Everyone was on the edge of their seats in the 3rd period when Waconia pulled their goalie, but the defense held strong and Lola Lamparske achieved the shut-out assuring the 1-0 win, sending the warriors to the championship game.  The final matchup of the tournament was against Shakopee, who had proven they were going to be a worthy opponent.  It was amazing to see the ENTIRE team playing so well, so much progress has been made this year. A goal late in the first period gave the Warriors some wiggle room to rally.  When Loretta Schmidt scored the second goal for the Warriors in the second period, the team's fate was sealed. They maintained the 2-0 lead, and left cottage grove with the first place trophy. The coaches and families are so proud of the individual growth and development of the girls, and seeing them hold the 1st place trophy at the end of a nice weekend was icing on the cake. 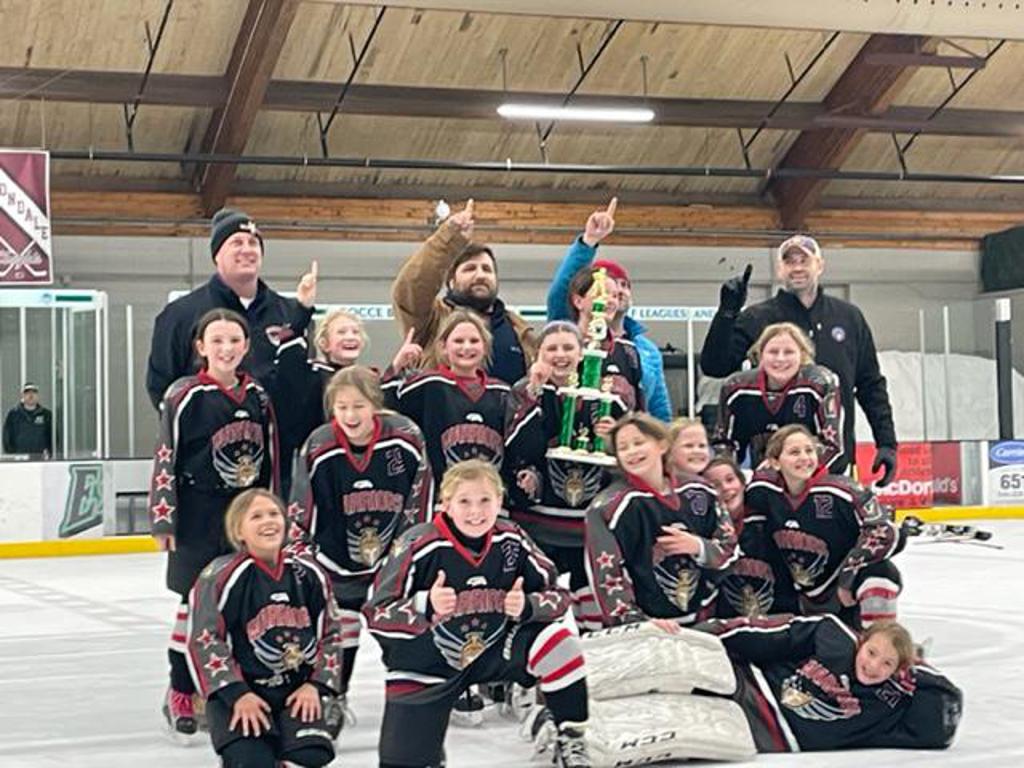